The ultimate Thai experience what to bear in mind

Thailand has long been the destination at the top of traveller’s bucket lists. The country is brimming with sights to see and a culture to experience, so it’s no wonder so many tourists flock there in their masses every year. If you’re planning on doing the same, here’s what you’ll need to bear in mind during your Thai experience. 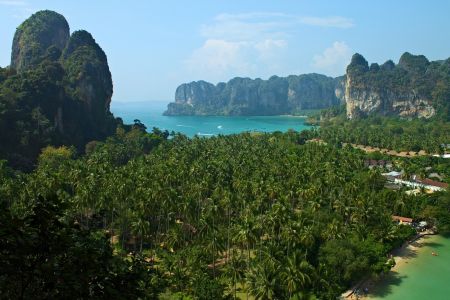 It’s no secret that Thailand boasts enough wondrous sights and incredible places to last a lifetime. As a traveller, you’ll likely already be up for exploring, but Thailand won’t allow you to hold back for a second – whether it’s exploring the bustling towns and cities or island hopping, you’ll be overcome by the amount to see and do.

Although Bangkok and Phuket are obviously incredible places to see, the former boasting the Chao Phraya River flowing through the heart of the city, it’s sometimes the quieter places hiding the best surprises. Krabi, for example, is one of the country’s most secluded spots – but its jutting limestone rock formations and luxurious beach beckon for you to visit.

Some places aren’t as safe as you think

With that being said, it’s important you don’t stray too far off the beaten track or put yourself in a potentially vulnerable situation. Remain vigilant and careful, and don’t go anywhere you feel you shouldn’t – 1Cover suggests you should use your head and avoid the dodgier-looking places, as well as the shady-looking tuk-tuks and taxis.

So long as you stick to what you know and don’t try to visit an area of uncertainty, you’re in for a safe and smooth trip.

The culture is prevalent 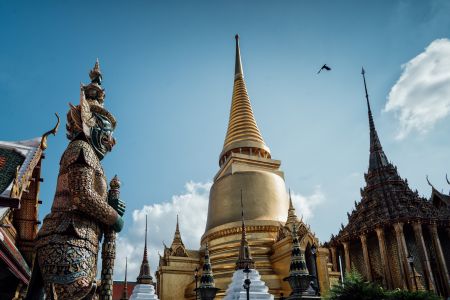 One thing many travellers may not realise is just how important and prominent the culture is. Whether it’s stopping for the national anthem every day in the morning and evening, or taking your shoes off before entering certain buildings of importance, you’ll be expected to respect the cultural norms whenever you’re needed to.

Another important thing to bear in mind is the importance of the monarchy here in Thailand. Disrespecting the King or another royal figure is so frowned upon that it could end in a jail sentence – not a great end to the holiday, I’m sure you’d agree. 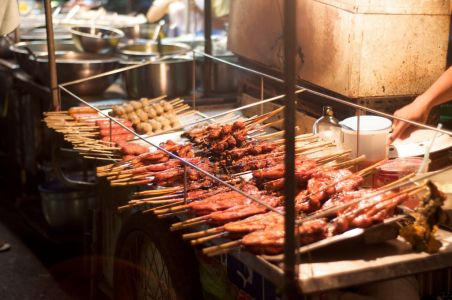 Although it may seem daunting, street food in Thailand is some of the safest, most diverse and most delectable in the entire world. Whether it’s a portion of satay in Chinatown – skewered meat and vegetables slathered in the moreish peanut sauce – or the ever-popular khao gang (curry rice), be sure to get your hands on some traditional Thai dishes.

Thai cuisine gives you an opportunity to challenge yourself, too. Snacks such as silk worms and waterbugs are incredibly popular with locals – will you discover your new favourite delicacy?

You need to stay vigilant

As previously mentioned, you’ll need to stay incredibly vigilant in certain areas of Thailand. Despite its undeniable beauty and wonder, within it lies opportunities for you to be stolen from. Bag-snatching is increasingly popular in Southeast Asia, and tourists are often the number one target.

To combat this, consider investing in a cross-body bag so that it won’t be easily removable from your person should you fall victim to attempted theft. Make sure you’re not flashing your valuables in public, too – you’ll stand out very easily to the people who are looking for you.

It’s the place to go to have fun 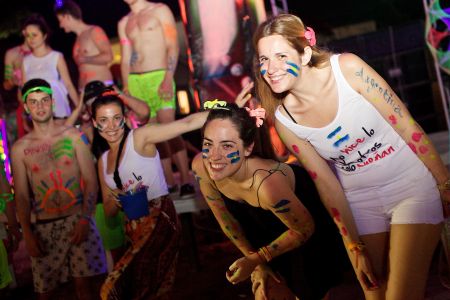 Overall, though, Thailand is the perfect destination for the fun-seeking traveller. Whether it’s frolicking in the waves on Krabi Beach or partying the night away under the full moon on Koh Phangan, you’re in for an unforgettable experience however you decide to see Thailand. Let your hair down and dive right in – awaiting you is a world of sheer wonder.

Do you have your own tips for travellers heading to Thailand? Let us know in the comments below!

Hornbill festival is the largest celebration of the indigenous warrior tribes of Nagaland.&n